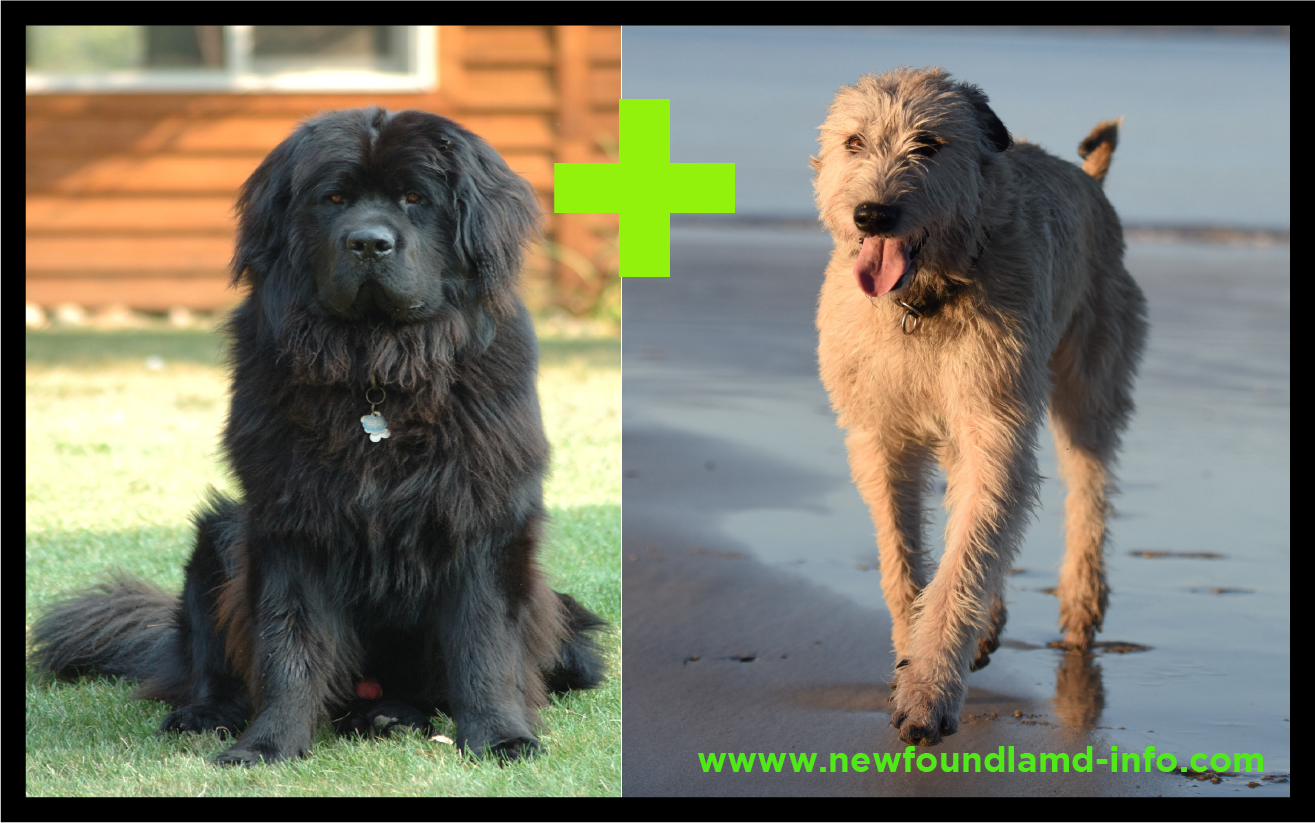 Among Newfoundland mixes, there is a mixed breed that is not much common among people but has quite a lot of extra-ordinary features in its appearance, temperament as well as personality.

The most eccentric trait of the Newfoundland and Irish wolfhound mix is that they are considered as one of the tallest dog breeds. As the Irish Wolfhound is a minimum of 32 inches tall and n average, their height is almost 36 inches or more.

According to the height, the mixed breed weighs from 100 to 120 grams. It has a dense and hairy coat that is water-resistant also, is perfect for summers as well as winters. This mixed breed has beards and eyebrows as well, taken from the Irish wolfhound, which gives them an innocent look.

The ears of the muscular dog with the giant body, are near the head. With a broad head, deep chest, long legs, and hairy body, this dog breed gives a bear look.

As the Newfoundland and Irish wolfhound mix is a giant dog, some people predict that it is a haunting dog whereas the dog breed is quite easy-going, noble, docile, and sensitive just as their parents. 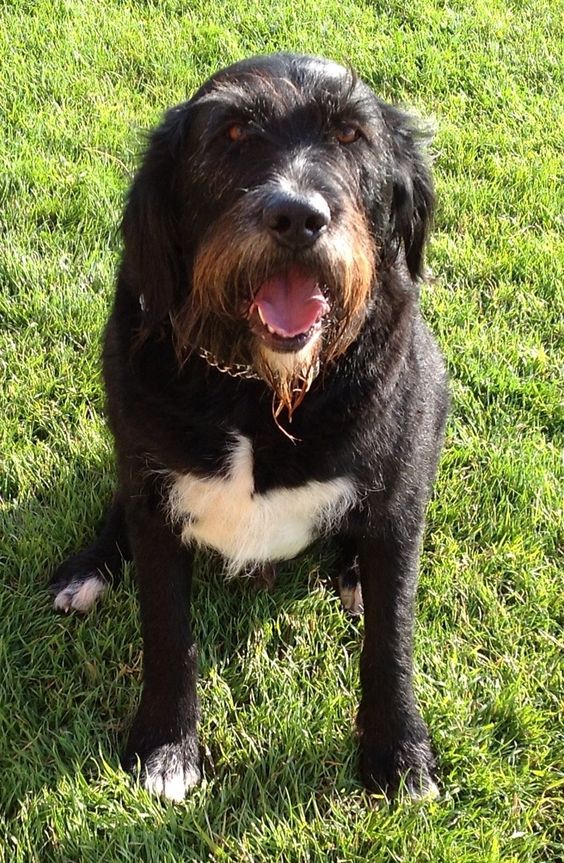 The dog is friendly and calm around the fellow dogs as well as children despite the risk that children might get hurt intentionally due to the immense size. The size of the dog scares off people, but there is a possibility that it may act as a watchdog.

The Newfoundland is a protective dog whereas the Irish wolfhound does not react when it sees some stranger. So, the training decides whether the dog is protective or not. the average lifespan of a Newfoundland and Irish Wolfhound mix is 8 to 12 years. 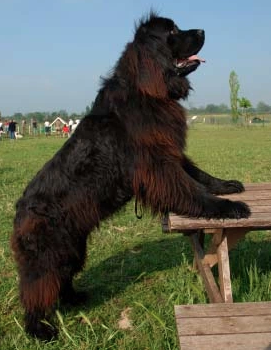 The mixed dog breed is active as an Irish Wolfhound and requires a minimum of 30 to 45 minutes of walk, but heavy exercise is not recommended because it can damage the dog’s bone or joints.

You can take your dog for a walk along with you, play some active games in the park also, it can swim to maintain its activity level.

The Newfoundland is intelligent as well as obedient whereas the Irish wolfhound is smart as well so, training their mixed breed isn’t that much a problem. Group sessions are also good, but due to the large size, it is recommended to hire a personal trainer for the training or you can do it yourself if you are more confused.

As the dog has a dense coat, so the undercoat needs to be brushed once a day. Also, you should bathe it one time in a couple of months. Keep a toenail clipper near you that may help you cut its nails when they get longer.

Lastly, the feathering on the legs and beard should be maintained well by daily brushing to avoid tangling of hairs. 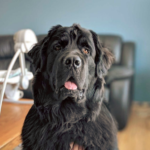 www.newfoundlanddog-info is also a participant in the Amazon Services LLC Associates Program, and we get a commission on purchases made through our links.

We have detected that you are using extensions to block ads. Please support us by disabling these ads blocker.