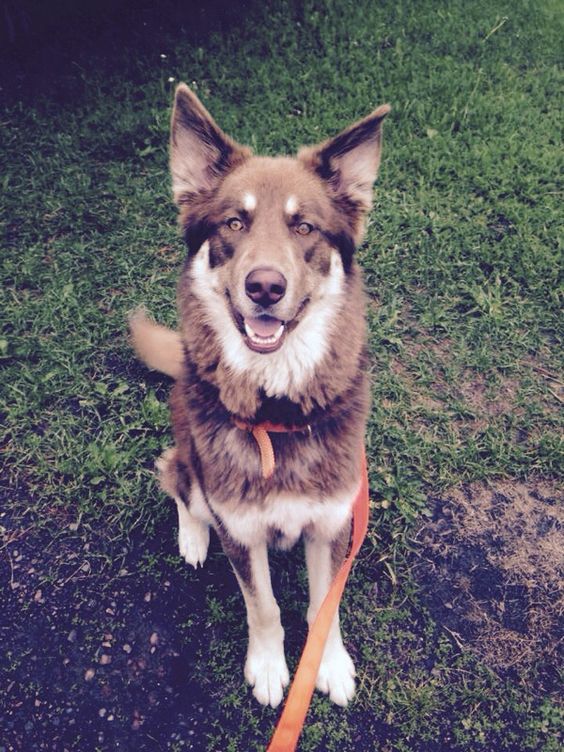 They are known as gentle giants due to their gentle nature. They have webbed feet and swimming is their exceptional feature, which also helps in their being active. Whereas Husky was originated from Northern Russia and they were bred for the purpose to pull a sled.

They are highly energetic dogs and have some excellent prey instincts. Now, after a brief introduction of the parent breeds, let us have a look at the mixed breed.

It is not possible to guess the exact appearance of the Newfoundland husky cross because it can take the qualities from any of its parents. As, Newfoundland is a large-sized dog whereas Siberian husky is a medium-sized one, so there is no chance that their mix could be a small-sized dog. 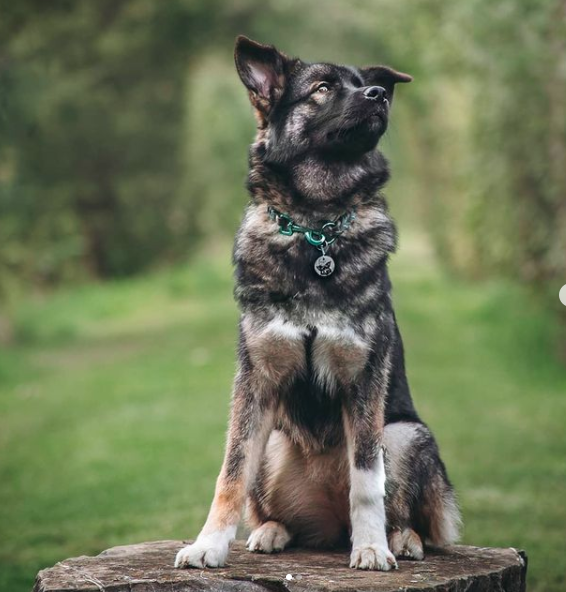 They rarely have blue eyes but dropped and fluffy ears are commonly inherited from husky and Newfoundland respectively.  The dog can have a wolf-like appearance as well.

Also, it can have webbed feet. As, the tail of both the parents does not curl completely on the back, so it will be the same for the cross as well.

Well, guessing the temperament is a bit more challenging than appearance but, some things are common in both breeds. They both are gentle, clever, and intelligent hence, the Newfoundland husky mix puppies will be the same as well.

But if we talk about differences, then Husky is an independent dog and it is very easygoing whereas Newfoundland is very easy to handle also, Newfoundland is good with other animals and children whereas husky can show quite aggressive behavior sometimes.

So, it all depends on what parent does the hybrid takes the most. Despite these characteristics, it is for sure that the dog will be loving and loyal. 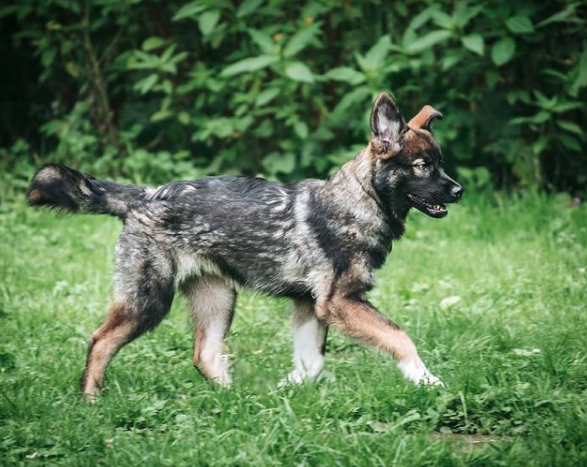 Mostly, the chances are that the dog will be large, but it can be medium-sized if the Husky genes are predominant.

Both the parent breeds have thick and dense coats therefore, the Newfoundland and husky mix will have a thick coat as well. This coat will help them a lot in winters by preventing them from cold, but it will b quite tough for them to survive in summers.

The coat can be water-resistant as well if the feature is taken from Newfoundland. The possible coat colors for this breed can be grey, brown, or black also, they can be in pure colors or with spots.

If you are looking for Newfoundland husky mix puppies for sale, then you must be wondering the dog’s price as well. 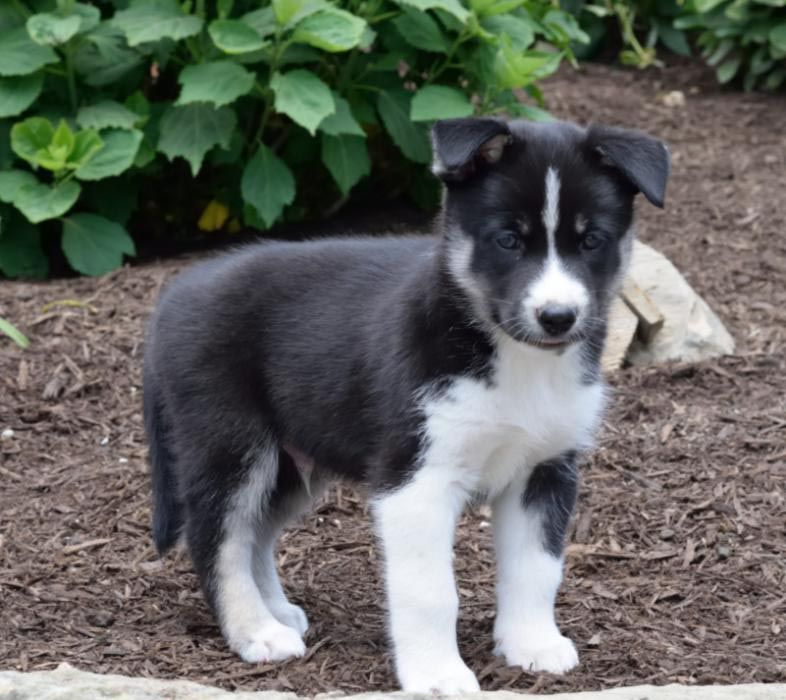 Usually, a husky mix ranges from $1000 to $1500, and the same is the case for Newfoundland and husky mix dogs. Prices can be lower or higher depending on the various features of the dog.

Just make sure you are dealing with the right breeders because there are many breeders out there making false claims.

Also, you can adopt one at an affordable price of $300. Look for it in those dog shelters or rescues that usually have giant breed dogs.

Shedding is very common in both the parent breeds so that will be a prominent feature for the Newfoundland and Husky Mix.

Buy a comb and a hairbrush for daily brushing the hair of the dog. Also, a toenail clipper is necessary for clipping the nails once in a couple of months.

Shower your Newsky every 3 months. It is recommended to visit a professional groomer 4 to 6 times a year as he will offer you different services to maintain the hygiene and look of your dog.

Newfoundland has a Lifespan of 10 to 13 years, whereas husky lives a little less on average having a lifespan of 8 to 10 years. That means the predicted lifespan of a Newfoundland Husky cross is 9 to 11 years. 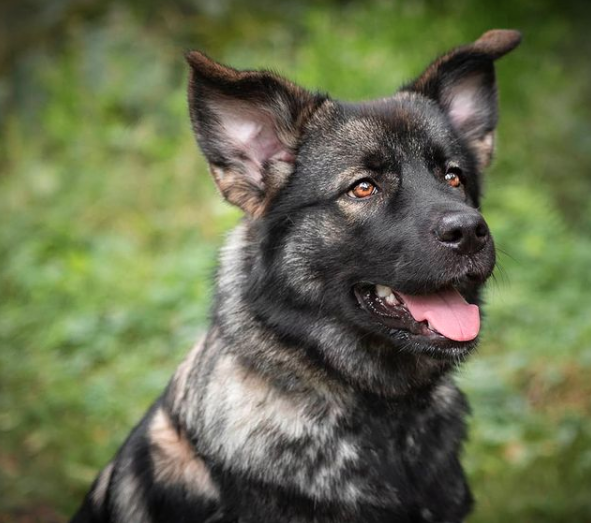 Usually, like every other dog, these dogs also live a healthy life, but they can still face some health issues. The most common issue among this breed is dysplasia because it is common in both breeds.

But, for other diseases, there are very less chances because husky is a very healthy dog breed and it helps the new sky to fight against the diseases taken from Newfoundland.

Cross your fingers because there is a situation that depends on luck. Husky being an independent dog does not obey that much and is a bit tough to train whereas Newfoundland is the opposite. 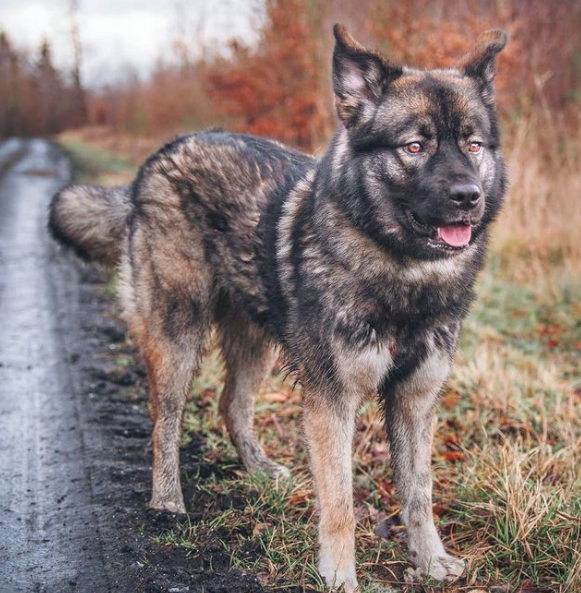 It is obedient and very easy to train. So, the parent from which the Newfoundland and Husky mix takes the most will make the training job easy or difficult for you.

Being active saves the Newfoundland and husky cross dog from dysplasia hence, it is quite important. A husky should have the strenuous exercise of 2 hours a day on average whereas a Newfoundland dog requires the low-mode exercise of 30 to 60 minutes.

That means you should take the Newfoundland and Husky Mix along with you for running or walking at least 1 hour a day.

You can play different games that involve some physical activity. Also, if the mixed breed has a water-resistant coat, it will be happy to swim which will keep them active as well.

www.newfoundlanddog-info is also a participant in the Amazon Services LLC Associates Program, and we get a commission on purchases made through our links.

We have detected that you are using extensions to block ads. Please support us by disabling these ads blocker.